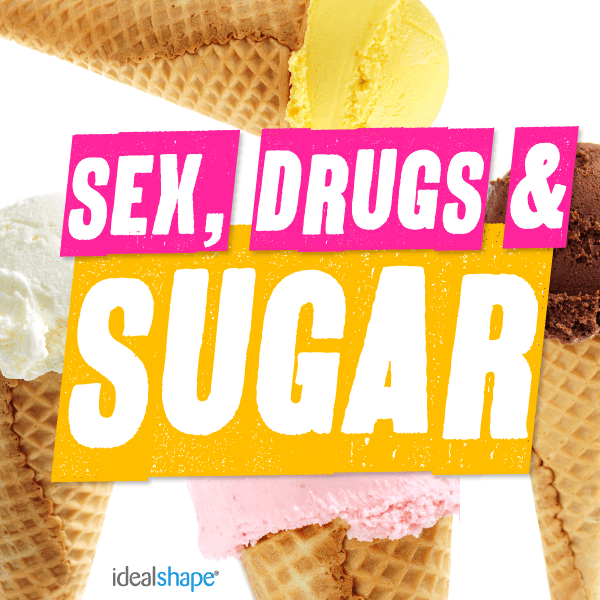 What if I told you that sex, drugs and sugar all produce a response in the same part of your brain.

There’s a place deep down in your brain that’s in charge of making you feel good. This is called the nucleus accumbens, but from now on let’s refer to it as the “reward center” of your brain.

Here’s how it works: let’s say for example you are extremely thirsty. When you drink water, your brain will release microscopic chemicals called dopamine and beta-endorphins. These small chemicals quickly travel to the reward center to tell your brain that whatever you just did was good, and you should do it again!

The reward center is a powerful part of your brain and has a huge impact on motivating you to pursue certain behaviors.

Sexual activity stimulates the brain in this same way. In fact, scientific studies have shown that many forms of physical and social contact activate the reward center.

Interestingly, this is the same part of the brain that is targeted by a large majority of “feel-good” drugs, like morphine, nicotine and other opiates.

Do you want to know something else? High-sugar foods activate the exact same signal. Ever wonder why people turn to “comfort foods” like heavy carbs, sweets and ice cream when they’re feeling depressed or stressed out? Ding, ding, ding! Because it releases feel-good chemicals to the reward center of your brain.

Why does the brain respond this way when eating high-sugar foods? In order to understand this, let’s start at square one with how your body responds to sugar… 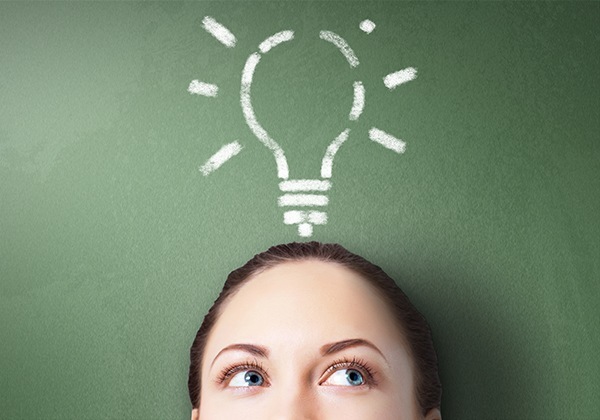 When you eat sugar, the sugar is absorbed from your intestines into your blood. The body recognizes the rise in blood sugar levels, so it releases a hormone called insulin from the pancreas.

Insulin is the hormone that tells your body to remove the sugar from your blood and put it into muscle, liver and fat cells. Insulin is a storage hormone. When your muscle and liver take in sugar, insulin gives it the signal to store it as glycogen. However, when fat cells take in sugar, it is stored as—you guessed it—fat!

Meanwhile, up in your brain, dopamine is released and targets the reward center. This makes you feel good and provides a positive reinforcement for eating sweet foods, thus motivating you to go eat some more.

Now you may be asking yourself: “Why does my body have a hormone that is designed to put on fat?” To answer that question, let’s take a look at our evolutionary origins… 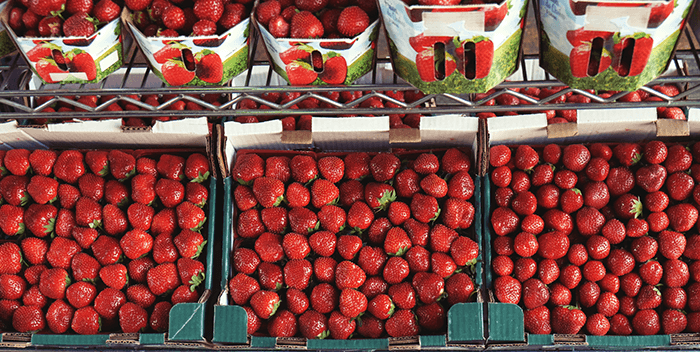 For thousands of years, the human species lived as hunters and gatherers. One of the biggest challenges they faced was finding calories. Each calorie they ate meant survival. It was absolutely necessary to save up and store every excess calorie they could in order to make it through times of famine. In other words, the human body is programmed to put on fat whenever food is available.

The body is also programmed to reward you whenever you eat high calorie foods like sugars and fats. When a Hunter and Gatherer ate something sweet, it meant they found a food high in calories, so the brain tapped into the reward center in order to let that individual know that they needed to continue to seek out similar foods

(Hold up… so the human body has a built-in incentive to seek after sweet foods? Is this some sort of evil ploy?!? Not to a Hunter-and-Gatherer: once again, it was all about survival.)

Then the Environment Changed 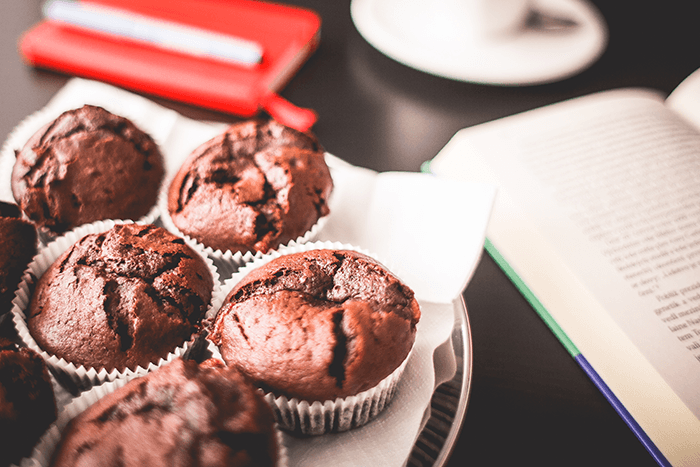 The food environment known to the human race experienced only subtle changes over the span of hundreds and hundreds of years. That is, until the mid 1900s.

There has been more change in the food industry over the last 50 years than there was in the previous 500 years. Food is everywhere, and there is a lot of it. It is packed with calories. The human race is no longer deprived of calories; quite the contrary. There are more calories than our bodies know what to do with.

The problem is, there is no famine, and there are high calorie foods everywhere we look!

In a typical grocery store, there are approximately 600,000 food items. Roughly 80% of them contain added sugars. In fact, according to the U.S. Department of Agriculture, the average American consumes 150 pounds of sugar and sweeteners each year! That’s nearly 22 teaspoons (350 calories) every day!

Calories from sugar seem to be everywhere. It’s not just the crystallized white stuff that initially comes to mind when you think of sugar. Sugars are found in white breads, muffins, pastries, crackers, pasta, fruit juices, soda and the list goes on and on.

The sad thing is, your body is a magical machine that can take sugars from anything on this list, and turn it into fat to store for later. But you can’t get mad at your body, it’s just doing what the human body has been doing for thousands of years.

According to the American Psychiatric Association, the bases for substance addiction follow these criteria: 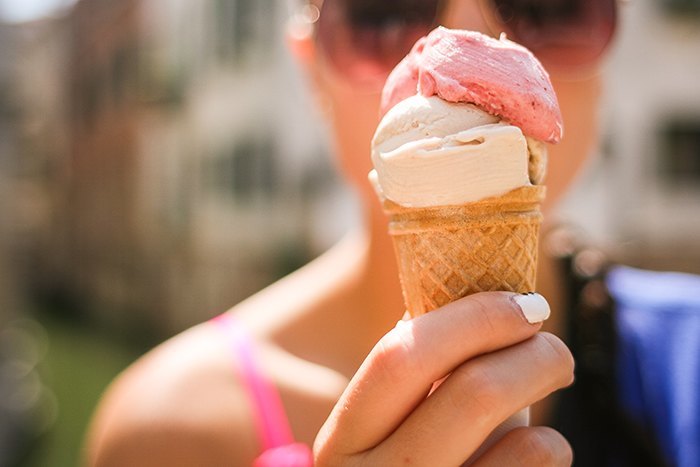 It has become common knowledge that sex, pornography, gambling and drugs all can become addictive behaviors. How? Through the release of dopamine and activation of the reward center.

So, can an individual become addicted to sugar? Let’s examine some scientific research.

In a scientific study published in the magazine, Neuroscience & Biobehavioral Reviews, researches fed rats a sugary diet. The researchers noticed that the rats began to develop a pattern of eating more and more sugar at each meal. The rats were building a tolerance to sugar, and needed more and more at each subsequent meal in order to get the same effect.

The researchers then withheld the sugar from the rats for a period of time. They noticed the rats went through a period of physical and chemical withdrawal. The researchers measured dopamine levels and found that they were extremely imbalanced, resulting in agitation and anxiety. When the rats were reintroduced to sugar, there was a bingeing period where they ate copious amounts. This was followed by period of weight gain.

The researchers found that both physiologically and behaviorally, these rats were addicted to sugar!

(Does this sound familiar? This is the typical pattern anyone who has ever tried to get off sugar has faced: Tolerance. Withdrawal. Binge. Weight gain.)

So just how powerful are the effects of dopamine on behavioral eating? Well, in a separate study published in the magazine Nutritional Neuroscience, researchers had two groups of rats; each group was fed a sugary diet. One of the groups received a drug that blocked the dopamine from reaching the reward center. This resulted in a dramatic decrease in the amount of food eaten.

The other group was administered extra dopamine. Guess what happened? The rats ate more sweets due to the extra stimulation of the reward center.

So what does this mean for you? It means the more sugary foods that you eat, the bigger and more intense the reward value, the higher chance of becoming dependent on sugar, and the more likely you are to gain weight because of it.

How the Food Industry Makes It Worse 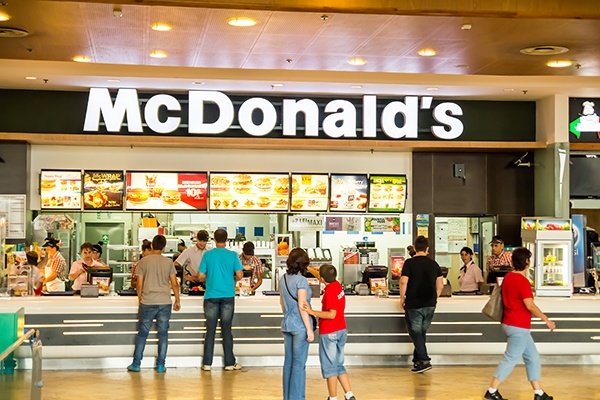 Do you think the food industry knows of the addictive effects of sugar? Absolutely! (It’s no accident that 80% of the items in a grocery store have added sugar.) Their goal is to make money. If they can get consumers addicted to a product through sugar, then salaries go up. Since the 1950s, sugar has been added to virtually everything in the grocery store.

However, recently there has been a big anti-sugar movement, and this hasn’t made the food industry very happy. But this didn’t stop them. They came up with a clever tactic that allowed the sugar to go under the radar.

The FDA requires that the ingredients of a food product be listed in order of predominance by weight; that is, the most common ingredients are listed first. So what does the food industry do? They split up the sugar and call it by many different names including: sucrose, glucose, maltose, dextrin, malt syrup and the list goes on and on.

Try this: Google search “different names of sugar on food labels” and see what you can find. Then, next time you’re at the store, grab a product on the shelf, look at the ingredients list, and see how many you can recognize. I guarantee you will be disturbed!

There are many government regulations on addictive substances like nicotine, alcohol and other drugs, but when it comes to sugar, there is very little.

How to Solve the Problem

It may seem like the sugar forces are against us, but there are steps we can take to control our consumption. In fact, we must take these steps in order to maintain a healthy weight and protect our health.

Control your environment. You can’t help what the grocery store stocks its shelves with, but you can control what YOU stock your shelves with at home. Be conscientious of the sugar content in the foods you buy, and consider buying small quantities of high-sugar foods so that bingeing won’t be an option.

Read the ingredients label. Be informed of what you are buying by reading the ingredients label. It’s a lot to think about at first, but soon it will become second nature. Learn the different names of sugar to look for on labels (and make a note of them on your shopping list, if it helps). If you see added sugars hidden by different names, put the food back and choose something else.

Eat “sugar” (carbohydrates) the way nature produces it. When nature makes sugar (carbohydrates), it is packaged in fiber (e.g., wheat is packed with fiber, then food processing turns it into refined flour). The more fiber that accompanies carbohydrates, the less of an adverse physiological response the sugar will have. This makes fruits and fruit smoothies a great way to satisfy your sweet tooth!

Are You Keeping Tabs On Your Weight Loss Success?

The Ultimate Guide to Supplements: Which one is…

Sweet Tooth? Cavities are the Least of Your Worries